The store will not work correctly in the case when cookies are disabled.

The Tourtalk system is ideal for use as a portable audio description system. 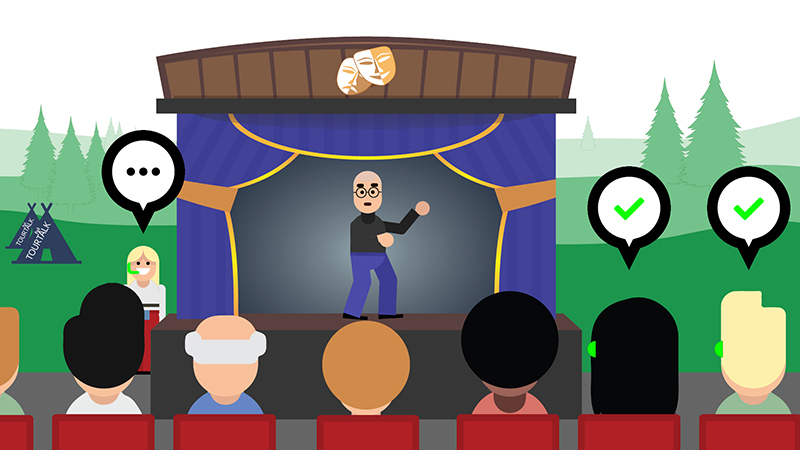 An audio description system is used to describe an event to individuals, often partially sighted or blind. The system is perfect for the performing arts such as theatre or dance, or at sporting events. The system can also be used for silent conferences or as a radio aid system to assist people that are hard of hearing.

The portable transmitter has a microphone socket to enable the describer to connect a headband microphone. The describer can then whisper into the microphone so as not to disturb other people in the vicinity. The describer can provide additional commentary of the production e.g. describing body language, expressions and movements. This gives the system users more information about things they might not be able to see, enabling them to visualise the scene and keep up with the action. 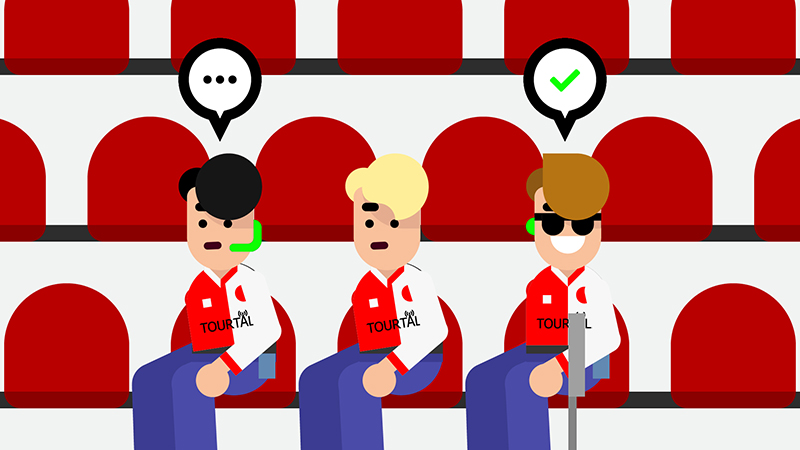 The system users are issued with a portable receiver before the event. The user either connects a single earphone (leaving the other ear exposed so they can hear the dialogue/music/atmosphere) or, an inductive neck loop if they are a hearing aid wearer. The user then simply adjusts their volume to a comfortable level. The Tourtalk system can be used very discreetly without disturbing other people.

As Tourtalk systems can accommodate multiple channels simultaneously, other transmitters can be used to provide simultaneous interpretation for any foreign tourists. There is no limit to the number of receivers that can be used on a system.

Both the transmitter and receivers have been designed to be very easy to use. Each unit features a channel lock function, which stops the user accidentally changing the channel, and a lanyard so the user doesn’t have to constantly hold it during an event.

The Tourtalk TT 100 system enables up to two describers to operate on the same channel, allowing them to take turns at regular intervals to reduce fatigue.

For large venues or for fixed installations, a stationary transmitter can be used.

A wide range of accessories are available for the Tourtalk systems including microphones, headphones, storage cases and chargers. 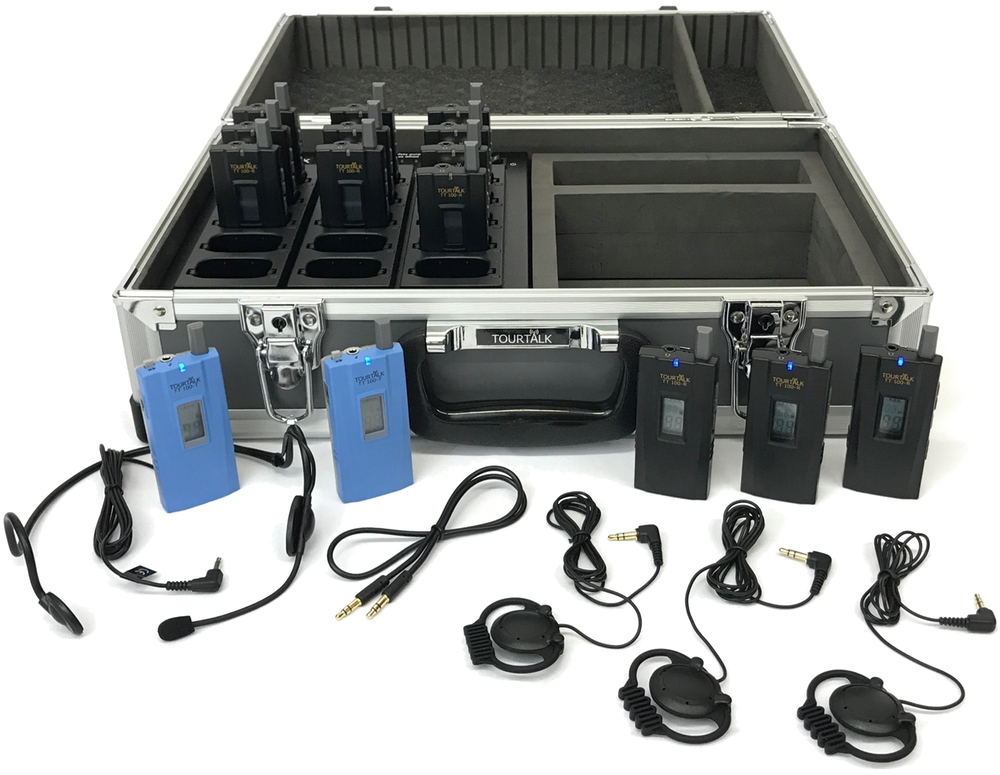 Systems can be supplied as a package or configured to suit each application.

A range of audio description system packages are available.